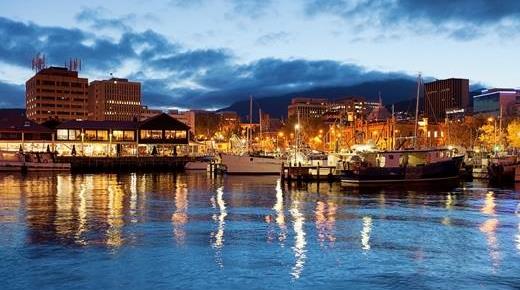 According to Real Estate Australia’s first Property Outlook Report, Sydney has been named Australia’s “most challenged city” following a 25 per cent plunge in property demand, whilst Hobart on the other hand is higher than anywhere in Australia.

The disheartening news for Sydneysiders is based on the number of realestate.com.au views last quarter compared with the same period last year. Whereas Hobart’s residential property market showed demand in the southernmost capital is double that of Melbourne, the second-most in demand city.

The report also shows Hobart’s demand level has grown by 48 per cent over the past 12 months, the highest in the nation as reported by The Mercury.

Realestate.com.au chief economist Nerida Conisbee said the combination of a changing economy as well as low levels of development in Hobart had meant buyer and renter demand remained “incredibly high”.

Although this is a great outcome for homeowners, it proves to be slightly more challenging for first home-buyers and renters.

“Hobart is still the most affordable capital city, however it is starting to get expensive and this is likely to remain the case in 2018,” Ms Conisbee said.

Hobart’s biggest issue at the present time however is rental supply and new development that the city needs and is ready for, whereas previously the Tasmanian economy wasn’t in a position to support significant levels of new development.

View Chief Executive and Real Estate Institute of Australia board member Adrian Kelly said there was no doubt that Hobart was well and truly at the “top of the cycle at present” with many people trying to secure a property and turnover levels being very low.

He said this had caused a perfect storm, particularly while interest rates were so low.

“The rental market is becoming difficult for families and individuals with extremely high competition.

“Some tenants have been forced into becoming a buyer out of sheer desperation to secure accommodation.”

Meanwhile, demand for properties in Devonport and Launceston has grown 42 per cent and 37 per cent respectively over the past 12 months.

However, he said buyers were well educated in terms of value.

“They don’t mind paying a premium to secure a property but if the price is obviously way too high then they won’t bother,” he said.

Notwithstanding banks, who are exercising caution in terms of valuations and lending percentages.